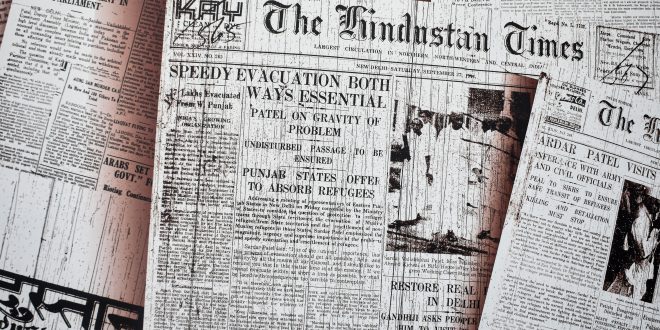 They risked not only the wrath of the British but also, at times, their lives. Nevertheless, they remained dedicated to spreading their message.

“Just as street lights and the rounds of police constables bring to light anything wrong or unjust happening on the roads in the dark, the editorial pen brings to light the injustices and the wrongs of the administration.”

The above quote is from the first issue of Kesari, the Marathi weekly, which was founded in 1881 by Bal Gangadhar Tilak.

In 1878, British India passed the Vernacular Press Act, in an attempt to curb the freedom of the Indian press and the expression of disapproval of the British regime in oriental languages.

This instigated several journalists to fearlessly pick up their pens, and continue to publish nationalist articles calling for Swaraj, openly criticise British rule, and call people to action. They risked not only the wrath of the British but also, at times, their lives. Nevertheless, they remained dedicated to spreading their message.

The voices of millions of Indians would be heard. India would not give up the fight. Here are 5 journalists who proved that the pen could indeed be mightier than the sword.

Before Mahatma Gandhi, there was Bal Gangadhar Tilak. He is widely seen as the first leader of the Independence movement and was in charge of two publications—Kesari in Marathi, and Mahratta in English. The papers were started along with Gopal Agarkar and Vishnushastri Chiplunkar, who were both noted figures in the freedom movement. Both papers regularly published nationalist articles, criticising the British on several occasions.

When the British declared Shivaji VI, a minor king in Kolhapur, “mad,” Kesari and Mahratta published articles defending him and stating that in reality, his mental instability was because the servants and officials appointed to take care of him, were treating him poorly. They also suspected that the British were spreading a lie as a part of a larger ploy.

This was later brought to light in a defamation case filed by Mahadeo Barve when Kesari published letters allegedly sent by Barve to his subordinates in which he mentioned plans to poison Shivaji VI.

Eventually, the British arrested Bal Gangadhar Tilak on the charge of sedition, after an especially scathing report in which he supported revolutionaries who had tried to assassinate Douglas Kingsford, the then Chief Presidency Magistrate, and called for immediate Swarajya.

At his hearing, he had only this to say:

“In spite of the verdict of the jury, I still maintain that I am innocent. There are higher powers that rule the destinies of men and nations, and I think, it may be the will of providence that the cause I represent may be benefited more by my suffering than by my pen and tongue.”

Kesari continues to be published by Tilak’s descendants in association with the Kesari-Maratha Trust.

He was a freedom fighter and social reformer and chose to fight his freedom battle by establishing two prominent newspapers: The Hindu (which is still one of India’s most respected papers) and Swadesamitran (one of the first Tamil newspapers).

While Subramania Iyer was more comfortable writing in English, he started Swadesamitran four years after The Hindu to chronicle the Indian Freedom Movement, from the time of its inception, to incite a feeling of patriotism among Tamil people, and inspire them to join the freedom struggle.

He was determined that the discussion of India’s future be taken to the masses.

He tried to use his paper as a vehicle for reform but found himself in caught up defamation cases, which left him financially crippled.

While he served as editor for the publication, in 1908, he was prosecuted and sentenced for sedition by the British. He was never the same after he went to prison.

Brothers Sisir Kumar and Motilal started the Amrita Bazar Patrika, a daily which was published originally in Bengali and later in English.

The paper operated out of a battered wooden press which costed only 32 rupees!

The articles published in the Patrika were openly critical of the British regime and were instrumental in facilitating the freedom struggle. The Patrika journalists went through Lord Lansdowne’s trash to piece together a torn up letter detailing plans to annexe Kashmir. When the article was published, the Maharaja of Kashmir went to London to lobby for his independence. When Tilak was arrested for sedition in 1897, a ruthless editorial was published against the judge who declared the sentence.

Sisir Kumar also advocated the need for Indians to be involved in administration through his articles, seeking to release Indians from economic exploitation.

The stories published in the Patrika were also one of the reasons why Subhas Chandra Bose and other students expelled from the Presidency College, Calcutta were readmitted.

The paper was involved in several altercations with Lord Curzon, who was then a Viceroy, describing him as, “Young and a little foppish, and without previous training but invested with unlimited powers.”

When both brothers passed away, the nationalist spirit of the paper was furthered by Sisir Kumar’s son, Tushar Kanti Ghosh.

His name is synonymous with Swadeshabhimani, meaning “The Patriot,” a Malayalam publication which became popular for its articles against British rule in the princely state of Travancore.

The journal, which was owned by Abdul Khader Moulavi was edited by Pillai from 1906. He was given total freedom to publish, and publish he did!

His articles called for social transformation, openly attacking P Rajagopalachari, who was the Diwan of Travancore at the time, and urged the people of Travancore to demand self-rule, writing actively against corruption in the state.

In 1910 the newspaper was confiscated by the British, and Pillai was arrested and banished to Tirunelveli, where he spent the rest of his days writing and campaigning for civil rights.

Swadeshabhimani was revived by K Kumar of Travancore in the early 1920s and was in part re-established in tribute to the unforgettable work of Ramakrishna Pillai.

While Malaviya is more popularly known as the founder of the Banaras Hindu University, his contributions to journalism during the freedom struggle are noteworthy. When the British government passed the Press Act and Newspaper Act, in 1908, Malaviya started an English daily, titled The Leader, in 1909, along with Motilal Nehru.

The publication remained politically oriented, publishing several of Mahatma Gandhi’s works, and remains a cornerstone of the writing of that era.

Malaviya was also one of the prime members responsible for saving the Hindustan Times from its demise, raising Rs 50,000 rupees to acquire the news agency, which he chaired from 1924 to 1946.

This Content has originally written by Anakha Arikara and published on August 24, 2018.

Photo by Rishabh Sharma on Unsplash 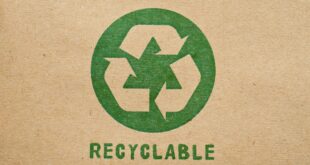